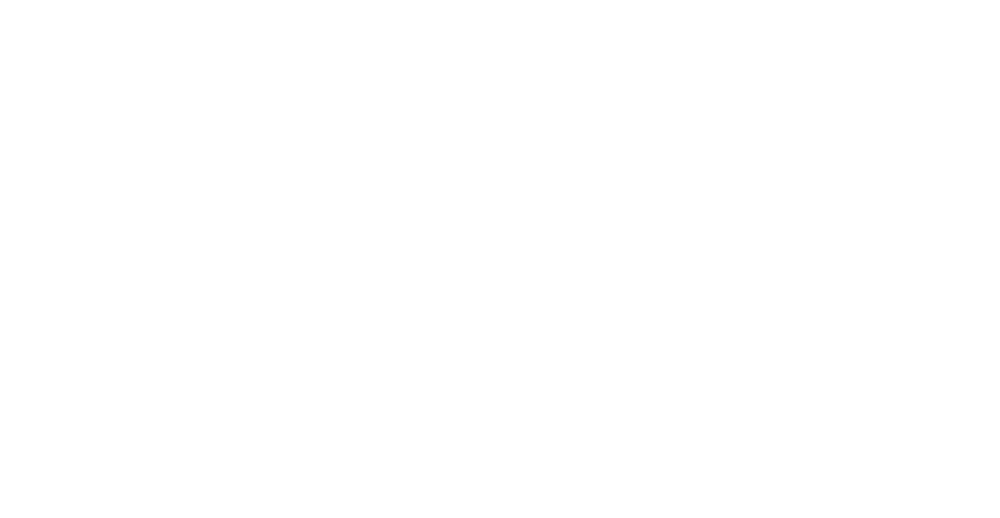 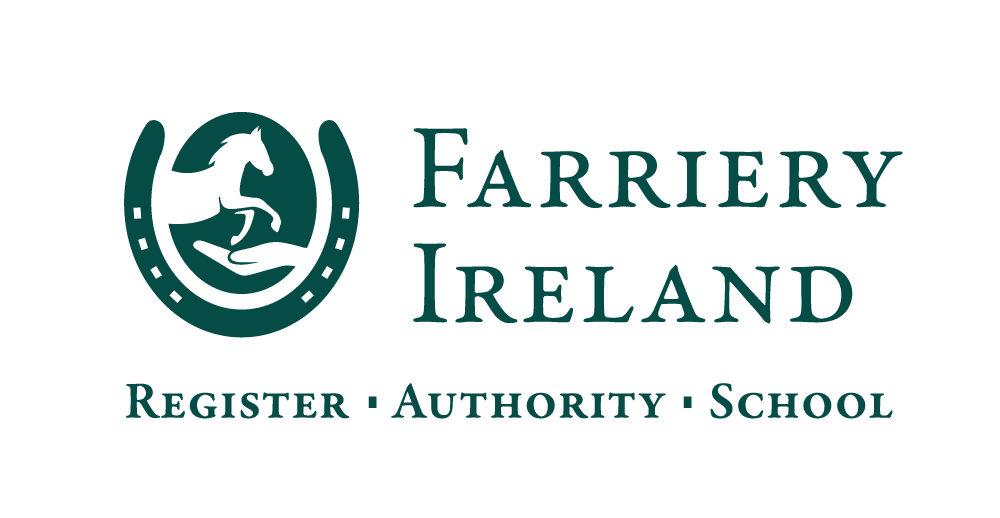 Specialists in equine hoof care across the island of Ireland.

Find a qualified & certified farrier in your locality

A wealth of equine experience makes up our Farriery Authority

Start your career in farriery by registering in our school.

Directory of Qualified Farriers throughout Ireland and National Apprenticeship Employers approved by SOLAS to employ apprentices.

The Authority management committee has representatives from the Irish Master Farriers’ Association and from the Thoroughbred and non-Thoroughbred sectors of the horse industry.

SOLAS Farriery L6 –Advanced Certificate in Craft Apprenticeship. The Farriery School is the only farrier school in the Republic of Ireland.

Farriery Ireland, formerly known as The Irish Farriery Authority, was established in 1999 to train, promote and support the profession of farriery in Ireland.  Farriery Ireland has on its board and management committee representatives from the farriery profession as well as those from both the thoroughbred and non-thoroughbred sectors of the horse industry.  Working closely with the Irish Master Farriers’ Association, Farriery Ireland established the Irish School of Farriery on the RACE campus in Kildare Town where instruction and assessment is done on the three off-the-job modules of the SOLAS Advanced Craft Certificate (Farriery) apprenticeship.  Graduates receive a QQI (Quality and Qualifications Ireland) Level 6 qualification, this certificate ensures that those entering the profession are trained to a consistently high standard.  The School of Farriery also offers continuing professional development courses to practising farriers and relevant courses to horse industry owners and employees. Farriery Ireland is responsible for maintaining the Irish Farriery Register – a database and directory of farriers practicing in Ireland which includes their location, training and contact details.  It is a valuable resource for anyone who wishes to source a farrier 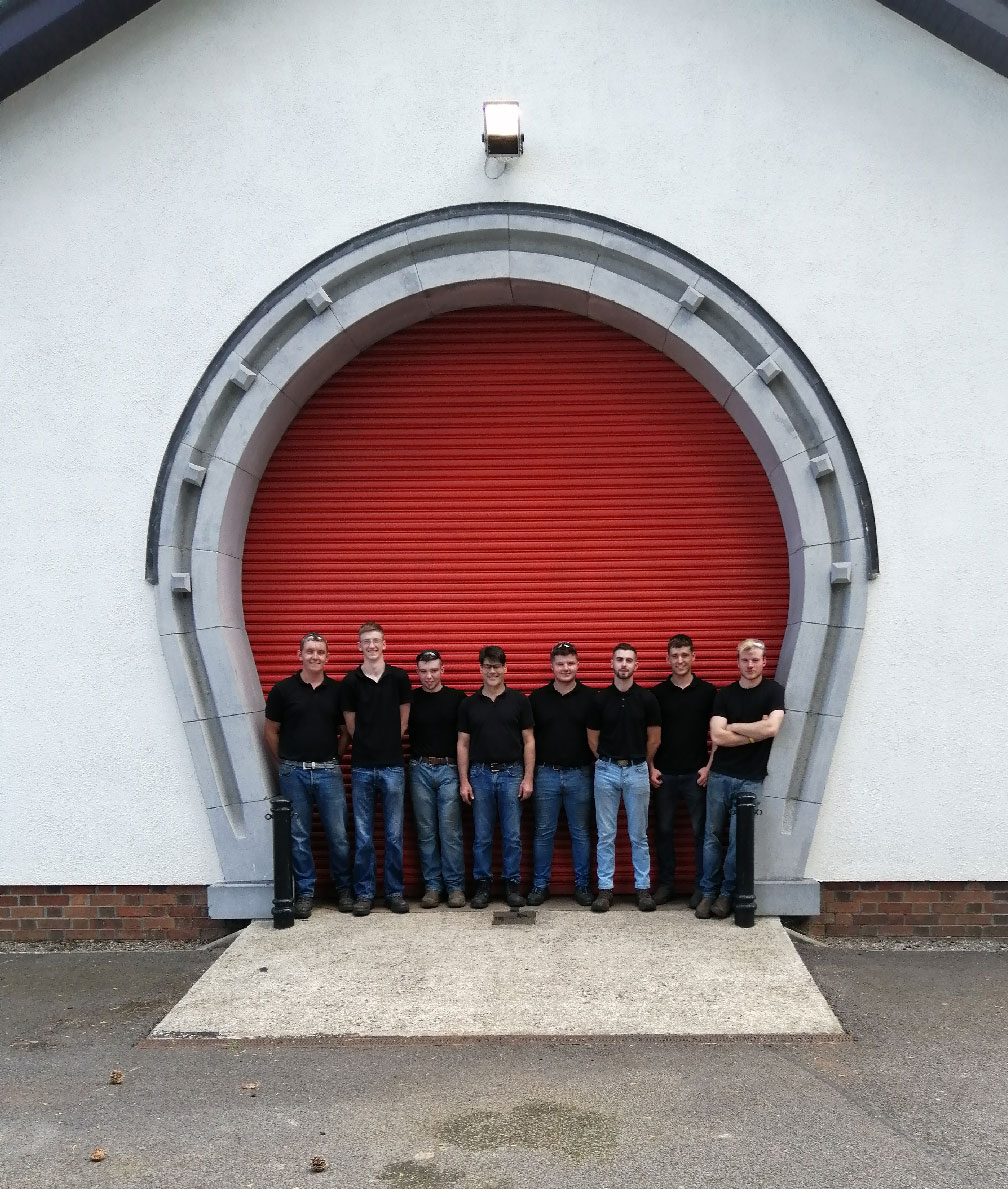 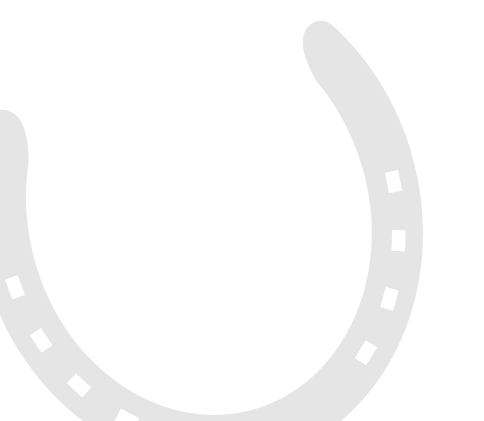 What’s involved in becoming a farrier?

My passion for horses first began from an early age, both my parents had a long family history with horses which led them to be heavily involved in the racehorse industry at a later stage, with training, racing, and breeding.

I was introduced to horses before I could walk as they were always part of my life, my parents and I found success in the show ring with numerous ponies from lead rein age three to ridden show hunter age eighteen, I competed all over Ireland and the UK taking countless prestigious championships and titles home.

My farrier career was a happy accident as I ever intended to take this path, I sat my A-Levels and was intending to become an architect as my profession, when one afternoon our farrier came to shoe my horse just like any other visit, but that day a lightbulb switched on and I knew from that moment I would not want to be anything else, I had found my calling and went to peruse my goal at Warwickshire college in England as there was no farrier school in Ireland at that time back in 1994.

I completed my DipWCF after a four year apprenticeship with Mr. Gary Martin AWCF in Essex where I gained invaluable knowledge, skills and life lessons and then returned home to Co. Antrim to begin my own business in 2000.

Throughout my time training I regularly competed at local and county farrier competitions and then was lucky enough to be selected to be on the Irish apprentice farrier team.

After gaining my DipWCF I carried on competing as a Master Farrier both nationally and internationally and then again was selected to be part of the Ireland Master Farrier Team, I carried on with my commitment to the Team in a supportive role by becoming the Ireland Farrier Team manager which gives me pride seeing the Teams compete and represent Ireland on a wider field.

Whilst competing in 2004 at Glenarm Castle Farrier competition I met Mr. Ivan Bell who was the judge at the event that year, he asked me If I would consider taking a teaching position at The Irish School Of Farriery where I have been a tutor here ever since.

I believe it is a great asset to have the School in Ireland for the future of our industry and I hope to see many more generations to come learn and grow their skills and knowledge which it takes to become a farrier.

My passion and desire to further my education led me to undertake my AWCF in 2012 which I achieved with distinction.

I believe education is the foundation for our trade and that we never stop learning, every single day.

I was awarded the Varnham Trophy by the Worshipful Company of Farriers. This Trophy is only given to a person whom they deem to have attained an extremely high level in their AWCF exam, it has only been awarded 14 times in the past 25 years, so I'm really honoured to have been awarded such a piece of history. 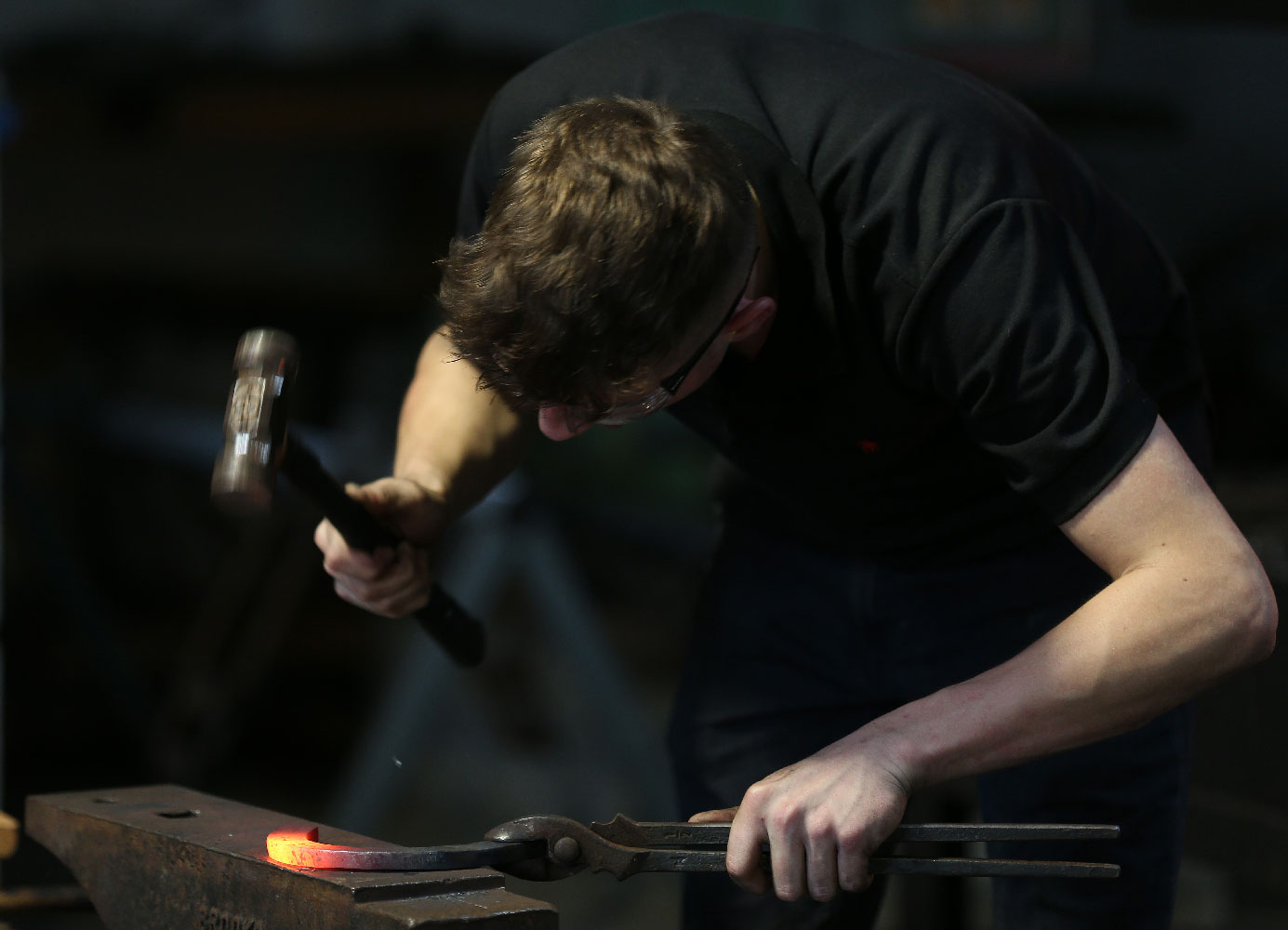 Short educational courses for horse owners or anyone else interested in the care and welfare of horses. 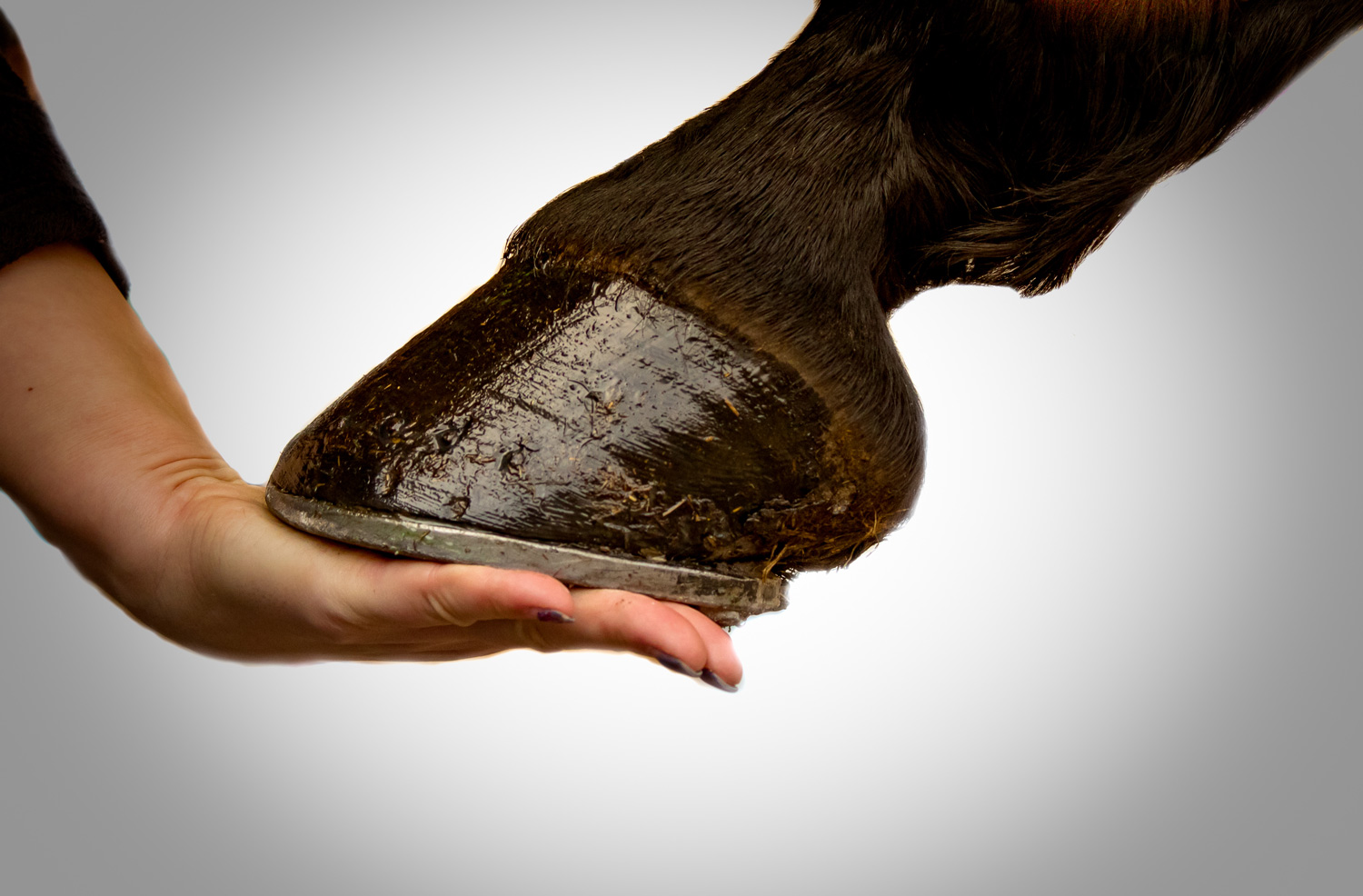 All practical elements of the Craft of Farriery and focuses especially on conditions affecting the lower limb of the horse. 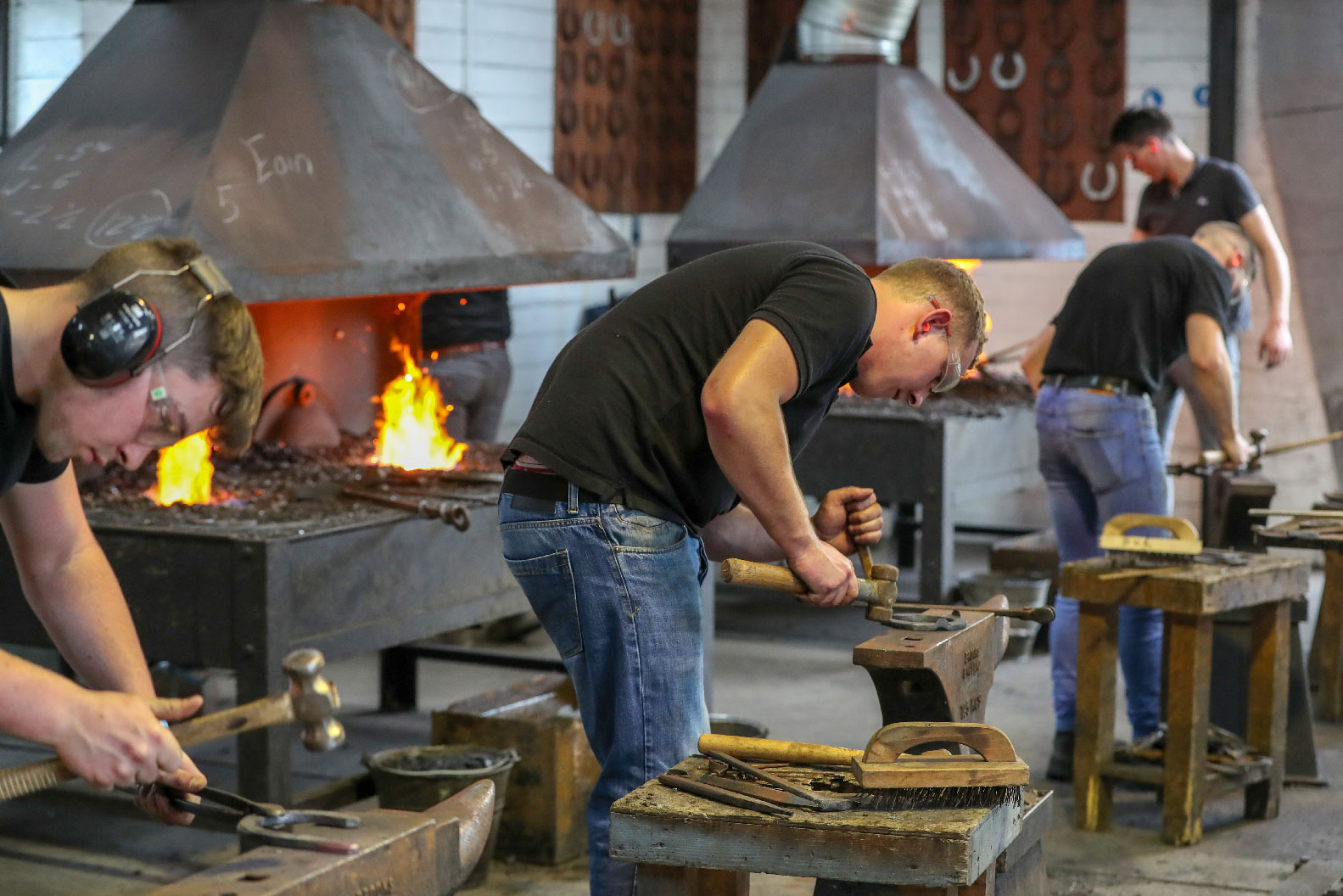 Open to all practising Farriers. Get in touch for more information.

Thank you! Your submission has been received!
Oops! Something went wrong while submitting the form. 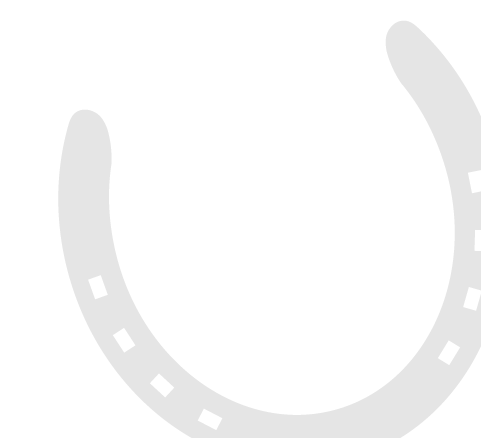 Our registered farriers at a glance

What it takes to be a farriery apprentice, upcoming events and top tips for keeping your horse’s hooves healthy this winter – Signup to our monthly newsletter and stay informed with all the latest news from Farriery Ireland.

Upcoming education events for your diary.

The School of Farriery, Kildare

The School of Farriery, Kildare

Learning the craft of forging and welding is my favourite part of the course.

It is very important to learn the art of tool and shoe making.

Learning to make a variety of shoes to fit all types of feet is a important skill. It can be challenging but is very rewarding when all the hard work pays off.

As a qualified farrier the apprenticeship in Farriery has given me the opportunity to work for myself, and to travel internationally.

Farriery Ireland is funded by